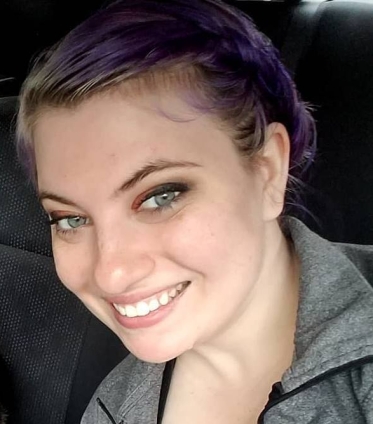 Tiffany is a narrative nonfiction writer who has been featured in publications such as The Chevy Chaser, New Limestone Review, Shale, Prairie Margins, and The Kentucky Kernel.

In fall of 2017, she studied with Roxane Gay through AWP’s Writer-to-Writer Mentorship program. She’s also followed on Twitter by Cheryl Strayed, so that’s pretty cool.

Tiffany currently resides in Tallahassee, Florida, where she is pursuing her Master’s of Fine Arts in Creative Writing, with an emphasis in narrative nonfiction. She graduated in May of 2019 with her Bachelor’s in the University of Kentucky’s Writing, Rhetoric & Digital Studies program. She is originally from Portland, Oregon.
She can be reached at tiffanympalumbo(at)gmail(dot)com.