In Addition to the Blindness 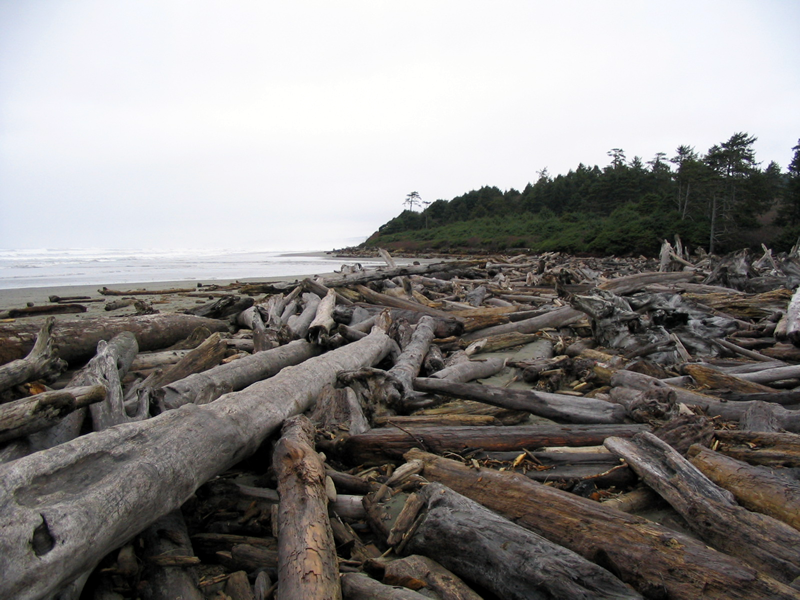 I’ve been having dreams lately where I’m driving down a country road at night, rain lashing down, and my headlights don’t work. The road is winding and hilly, flanked on either side by thick underbrush coating nearly vertical cliff drops. I’m literally driving blind—relying only on the reflection of my brake lights on the reflective paint of the double yellow line. 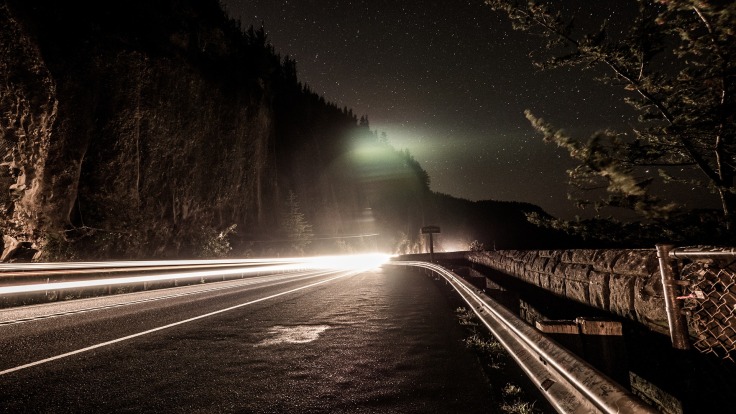 I can’t slow down—the road, while remote, is still traveled by the occasional late-night driver, and if I slow down, they’re likely to hit me as they come around one of the many blind curves. Sometimes, the rain and the thick, low-hanging branches of evergreens bash against my car, or my face, if I’m on a bicycle, as is sometimes the case. The sweet smell of sap and Christmas fills my head, adding confusion and chaos to my already precarious situation. I balance on the slick slice of road like I’m on the edge of a knife—and now the senses of touch and sound are also stolen from me, added to the blindness. All I have left is taste, and even that is quickly handed over, as my mouth fills with the bitter sharpness of fear.

I never fall during this dream. I never plummet off the edge of the hydroplane-pocked road, crashing through the ferns and rolling over the young, green trees before crushing to a halt at the trunk of a large, old Douglas Fir. To die would be a gift in this world, an ejector seat from this dream that—in waking life—has my Fitbit faithfully cataloging a heart rate high enough to register as cardio. 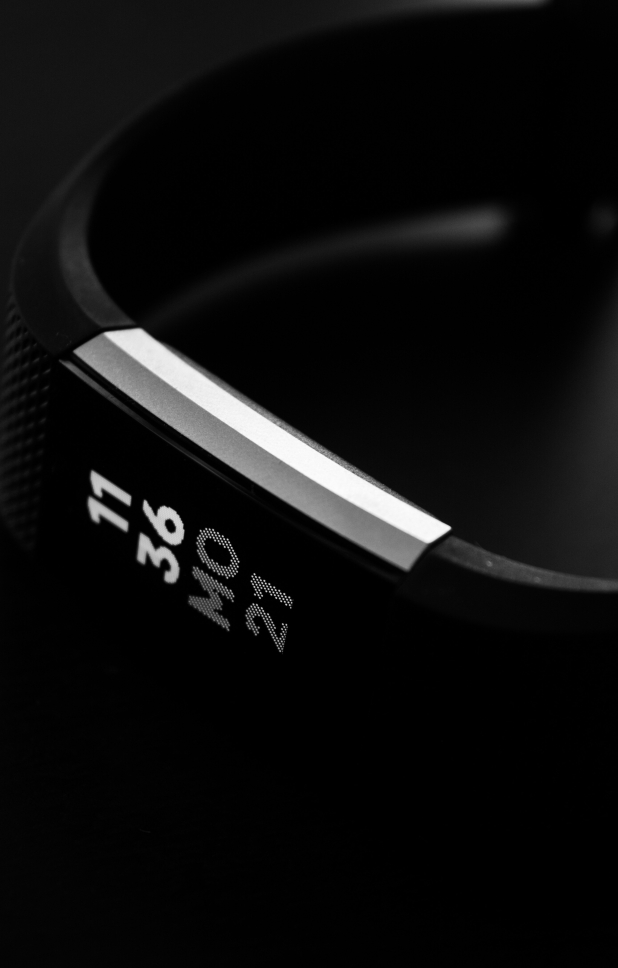 “Are you exercising?” It blinks, its blinding green light acknowledged by no one except my glaring, disgruntled cat. I toss and groan as, miles away, another hill slopes down before me.

Eventually, I reach my dream’s goal: I finally make it to that friend’s house, or the beach, or my apartment, or that shopping center for a scoop of Coldstone ice cream—I am unharmed, and the terror dissolves.

“Man,” I say, turning to a random passerby, “Those country roads sure are tricky at night!” Even in my dream—a world crafted solely for me—they eye me sharply before walking away.

When I was 10, my family took me on a weekend trip to Cannon Beach to celebrate my 90-something percentile score in my annual state testing. Our hotel room overlooked a short seawall of black boulders the size of a man—I thought they were deposited there by the ocean’s powerful tides, like the line of foam and seaweed and jellyfish that marked the place where the waves stopped at the edge of the shore. 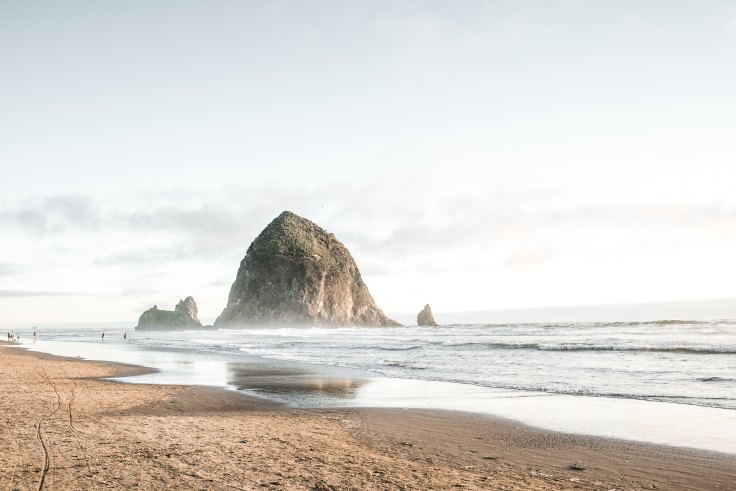 The seawall gave way to the vast expanse of sand—coarse and gray-brown, flecked with rust red and jasper yellow. The face of the beach changed by the hour: The difference between high and low tides was often several hundred feet. Such disparate levels meant the arrival of life-rich tide pools and burrowing sand crabs at low tide, and crashing, foam-capped waves that bash against the furthest seawalls at high tide.

Low tide on the Oregon coast also means a sense of false security for even the most grizzled beach-goers. While combing the sands for agate or razor clams, someone could easily get swept out into the Pacific ocean by a “sneaker wave.” Usually caused by erupting volcanoes offshore, they are silent, seemingly innocuous waves that get larger as they come inland. In minutes, a once-empty beach will be waist-deep with numbingly-cold salt water rapids, with undercurrents strong enough to deposit (and reclaim) entire dead trees. Then they’ll just be gone, having retreated back into the low waters with whatever flotsam it managed to grab. One year, a three-year-old boy was sitting on a log, and a sneaker wave rolled it over and crushed him. Never turn your back to the ocean. 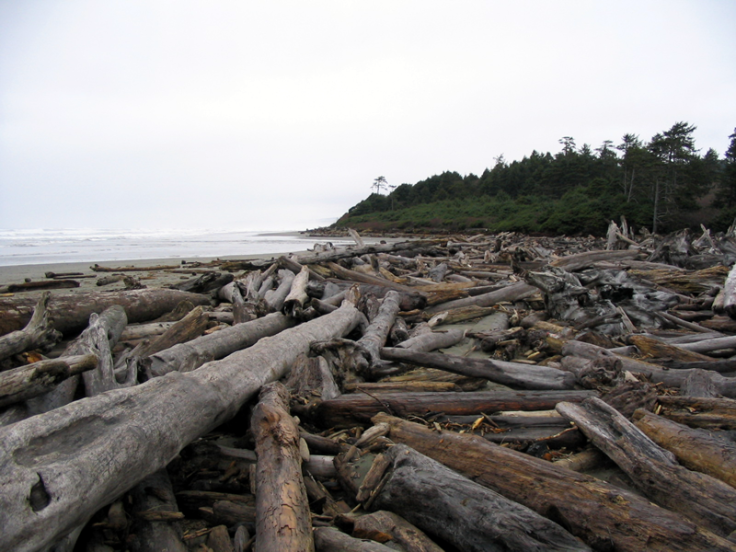 It was during low tide that my family decided to take a walk on the beach. My mother carried my infant brother on her ample hips, trailing along slightly behind my father. He was a small man, only just reaching 5’6” with shoes, but his gait was brisk, and steady. I was fifty yards upshore, playing on the seawall and digging moats around the boulders the waves had pried away from the pile.

The coast has a way of alienating you from everything else—the ocean’s version of “stoner time.” Our hotel was half a mile behind us—I could still see our room’s patio and the tiny, warped little curls of dark wood shingles covering the two-story building. But it felt like we had walked miles. That we had been on this strip of sand for hours, had treaded sand until our calves ached and our thighs seared with the exertion, but still were no closer to the next estuary, or low cluster of sand dunes pocked with beach grass. It was both the appeal and the drawback to the coast—you gave everything you had to get as far as you could, to see as much as you had available, and yet you had hardly made a scratch in your exploration. It reminded me of the Phantom Tollbooth: follow the line forever and you will find Infinity. 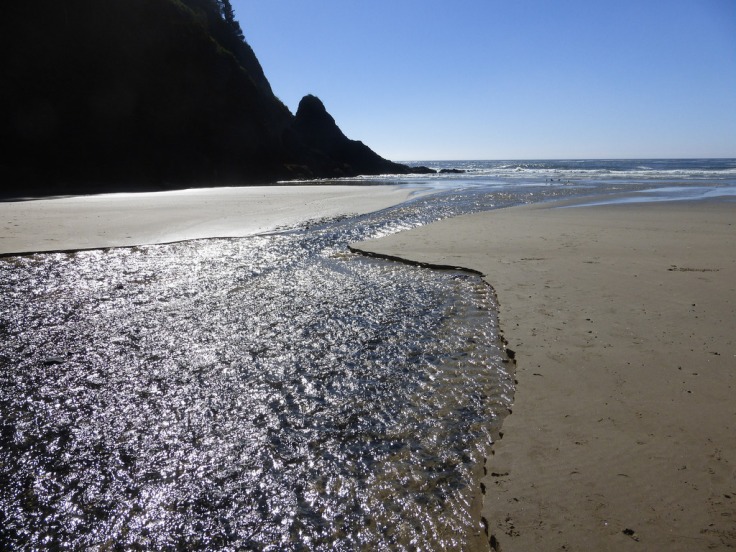 It was this seclusion that kept me from watching the ocean as closely as I should have. I was as far back as the beach went, so I thought I was safe.

There were two boulders I was playing on and around, set in a line pointing out to sea. I had climbed on top of the one furthest out, digging my shoes into the crevices of that volcanic slag. A small curl of sickly yellow sea foam rolled towards me, and I had an idea that I would fulfill every little girl’s dream of reenacting the scene from The Little Mermaid where the waves crash against the rocks around her. I wanted to get the scene just right, so I only paid attention to the foam, and not the wall of water that was rising behind it.

The foam touched the face of the rock, and I was knocked nearly backwards by the force of it. Instead of a petite, sloppy splash, I was hit with the full force of the fully-grown wave behind it.

The cold hit my chest and almost took my breath away. The ocean filled my mouth and lungs with seawater. I had almost regained my balance when a second wave hit, sweeping me off the rock and towards the seawall. The water was shallow—no more than four feet deep—but the mini maelstrom meant that, when I attempted to stand up, the sand was sucked out from under my feet. It was like perpetually tripping over yourself. 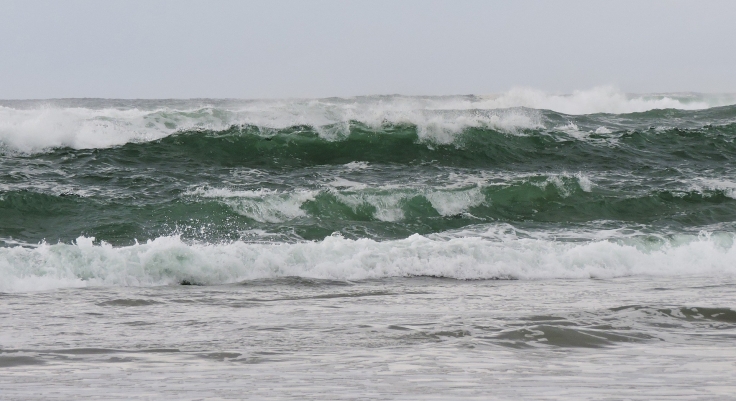 “Hel—help m—help—” Each rise to the surface meant a clash of two instinctual drives: the need to cry for help versus the need for air. It meant each surface resulted in a failed combination of both, where my cries and gasps were silenced with the ocean’s natural waterboarding.

A couple sat on the seawall, the man held an infant on his back. They sat less than five feet from me, watching my struggles with faces completely devoid of any emotion, as if they were watching a very boring movie. I called to them for help, as much as I could, but still there was no response.

The tide began to suck itself back into the ocean, and I immediately abandoned any attempt of swimming against the current—the complete futility of it shouted down even my body’s screaming instinct for self-preservation.

“GRAB A ROCK.” Was all I could think of instead. It wasn’t shouted, it wasn’t panicked—it simply filled every space of my mind, like a voice with a timbre that carries. It was all I knew, all I could think about, and its definite instruction almost made me calm. 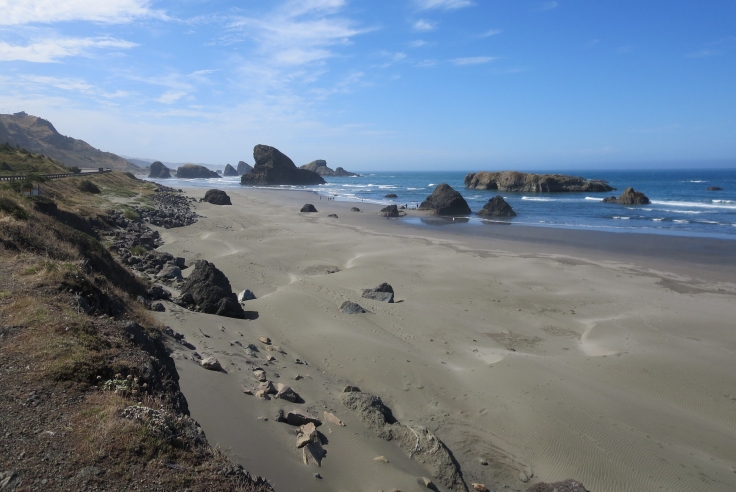 I reached out, my eyes squeezed tight and my cheeks ballooned out like a puffer fish. I felt the rough texture of a boulder slip past my fingers before I even realized it was there.

“WELL THAT’S IT FOR ME.” The water felt smooth against my fingertips as I swung my arms through the icy pool, searching, but I knew the rock I had missed would be the last thing I ever touched. The hands of the ocean continued to pull me out to sea.

My hands trailed past a second rock.

“GRAB A ROCK.” The first mantra again filled the entirety of my consciousness, and this time I could obey. I dug my fingernails into the second boulder’s chipped surface, then wrapped my arms around it and held onto it with an adrenaline-fueled strength of someone much older. I tucked my face into my shoulder, and waited for the water to recede.

When the first wave had hit, my parents were nearly knocked off their feet. When my head slipped under the water, my father jumped straight up out of the waist-deep tide and leapt from rock to rock until he reached me. Now laden with water, his button-up t-shirt stuck to his gut, his dad jeans sagged and threatened to fall, and his sneakers squished with each step.

From his perch on the rocks, he could see me holding my rock, my hair swirling with the ocean’s current like thin brown kelp. He reached into the water and grabbed my jacket collar, holding on to it with the same adrenaline strength I had been given.

As the water receded, my father pulled me up to him. I fought him at first—although I could breathe (in giant, choking gasps), it hadn’t yet registered that the danger was gone.

“It’s okay, it’s okay, I’m here.” He wrapped his arms around me tighter than I’d have liked. As my mother and brother ran up to me, I remember thinking “I saved myself.” For no reason that I could give, I broke down into a fit of loud, hysterical tears. Seeing that I had not become another piece of flotsam, the couple on the rocks got up and left.

I was never afraid during or after the event. I had very nearly drowned, and it was through either chance or God—or maybe both—that I lived. But, for years afterward, the coast bored me. The sand and the waves were ugly, now, and hair-pullingly monotonous. Family walks on the coast no longer included me—by my request. The coast was pretty, of course, but I had seen it all before, and there was no reason in my mind to examine it any further.

The next time I waded into the ocean, I was 15, and with a friend at bible camp. She would only go in if I went with her, so, in that way that teenage girls do, we clutched each other’s hands and ran into the surf until we were up to our hips in water. We swam until our chests burned with the promise of the deep, lobster-red burn that would bloom later that night.

My fear of the ocean—or rather, my fear that masqueraded as boredom—had mostly faded. I prided myself on enjoying the beach again, and I was glad that I was able to look forward to these trips, rather than dreading them.

But, 21 years later, I still have dreams about the ocean. About driving along the coastal highway, and seeing waves the size of skyscrapers ebbing and flowing, dying just before they reached the coast. The dark, gunmetal water arching into the sky, before crashing against the highway’s cliffside and flooding the road. I watch in frozen awe, marveling at its power, and wondering how it doesn’t just always sweep us away.

The wave that nearly pulled me out to sea was caused by an erupting volcano five miles off shore. The next week, it took a family of four.