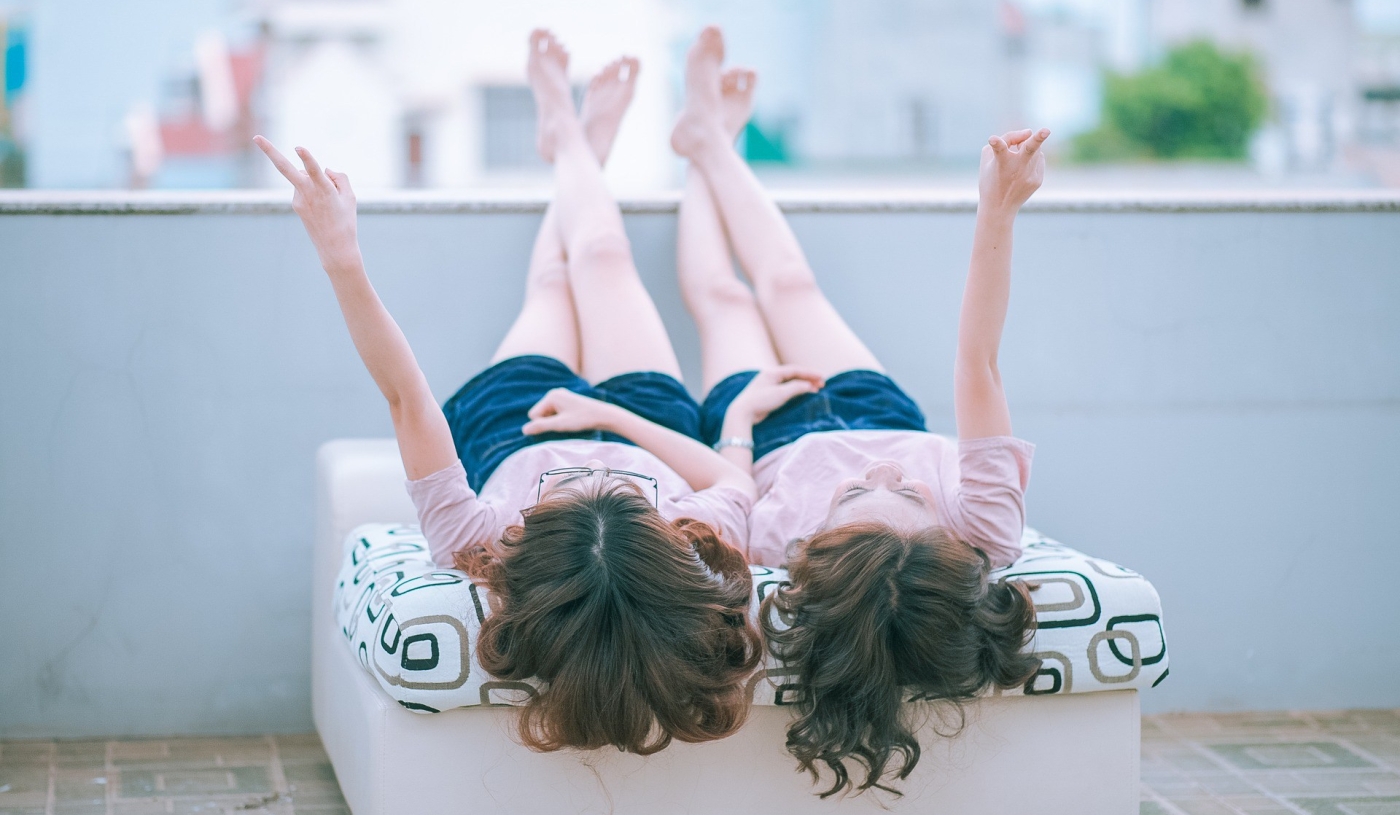 A Parasol, A Roadtrip

Kelsey and I were born six months apart, and were often treated by our families as a pair. Growing up as one of only two granddaughters in the family meant that—for nearly all intents and purposes—I had a twin. We were dressed alike, enrolled in the same sports, punished together (benignly), and taken on the same vacations.

We must have been fraternal twins, because—aside from our family’s thick brown hair and trademark blue eyes—we looked nothing alike. Our eyes weren’t even the same color blue: Hers were a dark sapphire, mine, a pale aquamarine. Kelsey was loud, yet passive, and was set loose by her mother to roam the streets of their apartment complex alone. I was quiet, oddly aggressive, and constantly supervised with a close eye and a short leash. Rather than push us apart, though, our opposing natures became one of the biggest reasons we worked well together: I would say the things that Kelsey was too shy to say, and she would do the things that I wasn’t allowed. Where our mothers had failed to get along as siblings, we succeeded—in spades.

Our family’s go-to summer vacation spot was Disneyland. We’d gone so many times, the park had lost nearly all its luster. The trip when we got our parasols, though, was always our favorite. 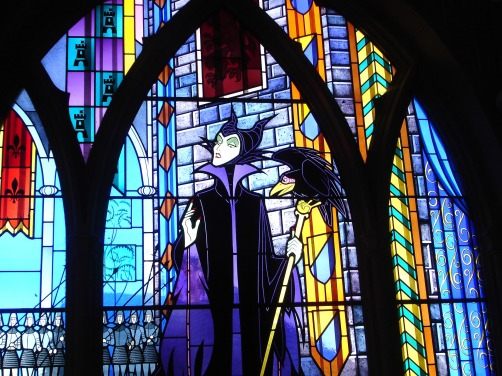 I was four years old, laying on a concrete walkway at night, my head resting on my dad’s shoes, watching the Mickey versus Maleficent laser light show through the protective metal railing around the lake. I remember the disappointment and anger I felt as I stared down at my fist full of M&M’s: The commercials always said “Melts in your mouth, not in your hand!” but I knew now—with this sticky, muddy, multicolored mess in my hands—that these were lies. Distracted by the show, I had clenched the colorful, hard candy shells for too long, and now they dripped slowly out of my hand and onto my new red and white sunsuit.

“Mommy, can I look at my umbrella?” I could see it’s white plastic handle peeking out of the white plastic gift bag. I was enamoured with it: Doll-sized, baby pink, trimmed with white lace. The park’s street vendor had decorated it so that every other panel had either my name scrawled in cursive with white fabric paint, or tiny pink and white hearts. The vendor hung it upside down from her cart, and it felt like hours until it was dry enough to be handed over. No matter how much I spun it, I could always see my name on every other panel. It was my umbrella. Kelsey had gotten one with her name on it, too, only hers was purple. She was half asleep, cradled in my aunt’s arms, every so often rubbing her eyes in a fitful defiance of sleep.

“It’s a parasol, Tiffany. And no, look at your hands, they’re filthy. You’ll ruin it. You can see it tomorrow.” Dejected, I went back to sullenly watching Mickey deliver the final killing blows to Maleficent, angrily smooshing the candy in my fist.

For years, the parasol hung from my bedroom ceiling—well out of reach—a pretty thing for reminiscing, admiring from afar—but never touching. I laid in bed every night, memorizing each italicized swoop of my name, counting each frill of lace, admiring every patch of stretched pink nylon.

During each one of our numerous moves, my mother carefully packed the pink plastic 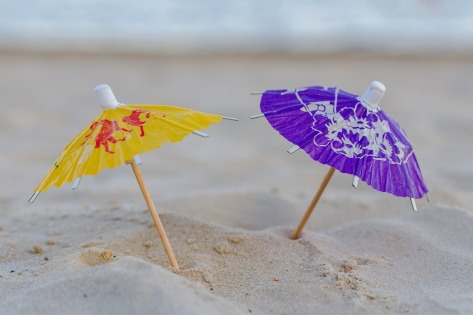 parasol in a box, only to be unpacked and hung in yet another unreachable corner of my bedroom in our new house. Gradually, my adoration twisted itself into bitter frustration, which inevitably petered out into the hopeless indifference that often paves over the deep love of something you can never have. So, eventually, the parasol stayed packed—my memory of it sufficient enough to reminisce occasionally during quiet days with overly-warm afternoons.

It was during my move from Tacoma to Portland that I found it again—that small, plastic thing— tucked away under years of high school notes full of gossip and teen tragedy in some white cardboard box, “100% IDAHO POTATO STEAK FRIES” stamped on every side in fire engine red. I sat for awhile, playing with it, reminiscing, before picking up the phone and calling Kelsey to schedule a road trip.

As teens, we had casually discussed the idea of going back and getting another set of umbrellas after high school graduation—a sort of poor girl’s version of backpacking through Europe. Now, with Adam deployed and Kelsey on summer break, there was no real reason not to go. 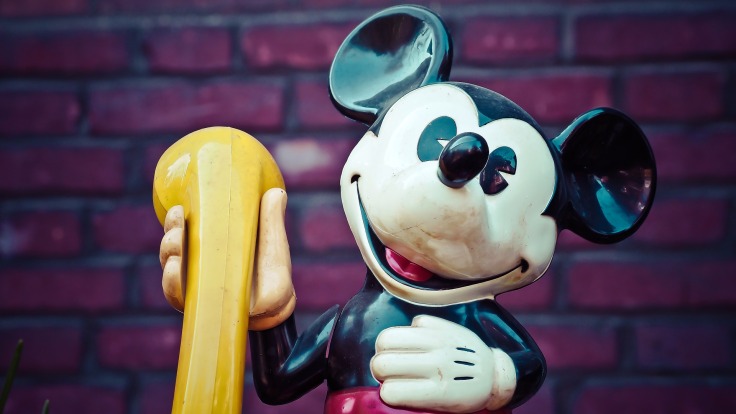 In a surprise fit of acceptance, Adam gave us his blessing—although it may have been related to the fact that I told him we were going, whether he allowed me to or not.

“Just be safe, sweetie. Text me when you can—but not when you’re driving!”

I booked us the cheapest, most halfway decent hotel money could buy within 100 miles of Anaheim. It was in Palm Springs, only an hour or so from 29 Palms, the local Marine base Anthony had been stationed at. Our plan was to drive down to San Francisco, stay with Kelsey’s sorority sister for two nights,  finish the drive down to Palm Springs, visit with Anthony, and spend a day or two at Disneyland.

The drive was perfect, in a Sisterhood of the Traveling Pants kind of way. We bonded, revealed secrets to each other, picked up a speeding ticket…to save money, we had stocked up on two, two-pound tubs of trail mix and two flats of bottled water. It didn’t work so great in practice: we kept stopping for “real” meals at hole-in-the-wall diners, and Kelsey kept eating all of the almonds in the trail mix, even though she was allergic and they made her throat itch.

We reached San Francisco—soon deigned by us as “California Portland.” In what is still one of the crowning achievements of my adult life, I parallel parked my 5-speed Mazda on what had to be a forty-five degree hill, in a space so tight, there was only an inch of room separating my car’s bumper from those of its neighbors. 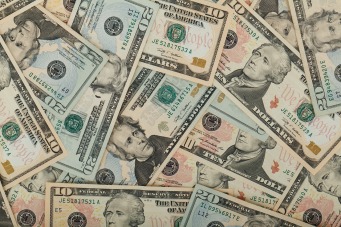 Before we explored the city, I slipped the $600 in tips I had saved for the trip in my bra, and soon became adept at surreptitiously wiggling out twenties to pass to Kelsey for dinner at Hooter’s, breakfast at an open-air cafe with the best fresh-squeezed orange juice I’ve ever had, and a t-shirt with a sad pirate that said “Nobody takes me seriously…yarr…”.

“It’s the safest place to keep it all,” Kelsey had said. “Even if it is a little uncomfortable…and even if they do get a little boob-sweaty.”

During our visit to the Haight, we gazed in wonder at the largest store of stripper shoes any of us had ever seen. Shoes with eight, ten, twelve inch heels perched jauntily on shelves hooked onto black and red walls, and boots with see-through platform soles stood stiffly at attention, a vision in shiny, slick, red, black, silver and gold vinyl and latex. 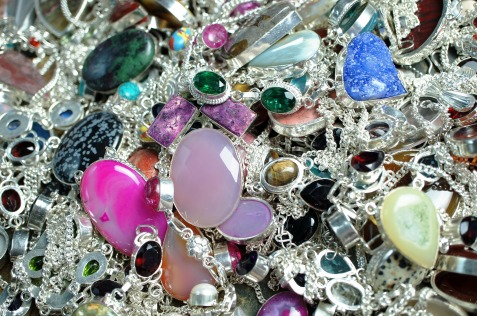 Down the street, there was a pastel-colored store where the owners handed you not a basket, but a padded board, which you held like a waiter as you browsed wall-to-packed wall of $10 costume jewelry, and listened to classical piano played over a wireless speaker system. At least three times over the course of those two days, people tried to sell us issues of Street Sheet, a local paper focused on the homeless and those living below the poverty line.

It was tempting to stay in San Francisco the whole week, but our goal of Disneyland parasols was firm in our minds. After multiple attempts to extricate my car from the spot I had sandwiched it in days earlier, a construction worker in the adjacent lot took a break from his work to offer his assistance. As he revved the engine and pumped the e-brake, I was both in awe of his skill, and anxious about the very real possibility of having my car stolen right in front of me in a large, unfamiliar city. He did not steal my car.

The remaining 10-hour drive down to Palm Springs was filled with the terror of crashing or simply being blown off the road, as I taught Kelsey how to drive a stick shift while passing through L.A. and the windmill fields of southern California.

We arrived in Palm Springs somewhere around 10 o’clock at night. After getting lost several times among row upon row of affluent houses with lush green yards and wrought iron gates, we rolled into the parking lot of our hotel: A beige, sad little structure, but clean, with a view of the pool, and equipped with an air conditioner that could cool an industrial freezer. We checked in, collapsed on the freshly-made queen-sized bed in a sweaty, dusty heap, and passed out. I had several missed calls from Adam, which I promptly ignored.

The next morning, we made plans to meet up with Anthony and his friend, Walsh, after they were released for the weekend. Kelsey and I spent the day scuttling from building to air-conditioned building, then—when we needed to drive somewhere—throwing open the car door and jumping back to let enough heat escape so we could safely duck in the vehicle just long enough to turn on the a/c full-blast and wait for the car to reach a temperature roughly cooler than the fiery maws of hell.

Anthony and Walsh showed up at around 9:30 in civilian attire, an evening adventure already in mind.

“We’ve gotta go to Huntington Beach!” Anthony flicked his wrist and snapped his fingers in excitement. He and Walsh made an odd couple: While Anthony was short, squat, and heavily tanned from hours in the sun, Walsh was tall, skinny as a bean pole, and pale. Walsh also sported a large scar that arched across his scalp like a headband—a souvenir from an IED during his last tour in Iraq.

“You do realize it’s, like, two hours from here, right?” Kelsey smirked in a patronizing, yet genuinely concerned way. She could always point out things in a way that would seem bitchy coming from anyone else (especially from me), but came across as sweetly amusing, as though she enjoyed her brief foray into the realm of the sassy.

“Nah, that’s only if you drive the speed limit! We can get there in, like, an hour, tops.” Anthony grinned. “We’ll be back here in plenty of time for you guys to head out tomorrow. Promise.” Anthony’s face was so bright, and he and Walsh seemed so utterly convinced that we could turn a three hour round trip drive and hour-long swim in the ocean into a 2 and a half hour trek, that we agreed.

“Fine. But we’re taking your car.”

“No shit, man, mine’s way faster than yours, anyway.”

We were slightly perplexed by Anthony’s logic, but—an hour later—Kelsey and I were riding in the back of Anthony’s white Ford Focus in a deafening storm of death metal, our faces like children’s—pressed to the windows and craned at impossibly awkward angles to drink in the midnight desert sky. It had always been my dream to see the desert sky at night—to camp under the stars and fall asleep as more and more of the Milky Way revealed itself to me.

“When you’re out there,” Anthony had told me months before, almost reverently, “There’s more stars than black.” 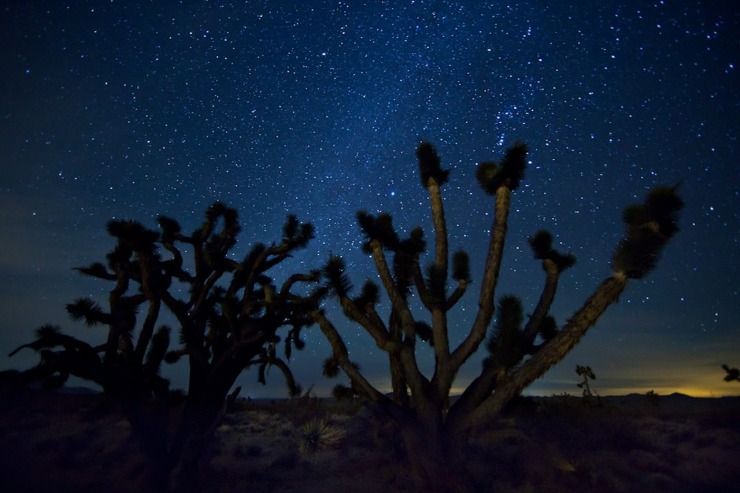 More Love of My Life