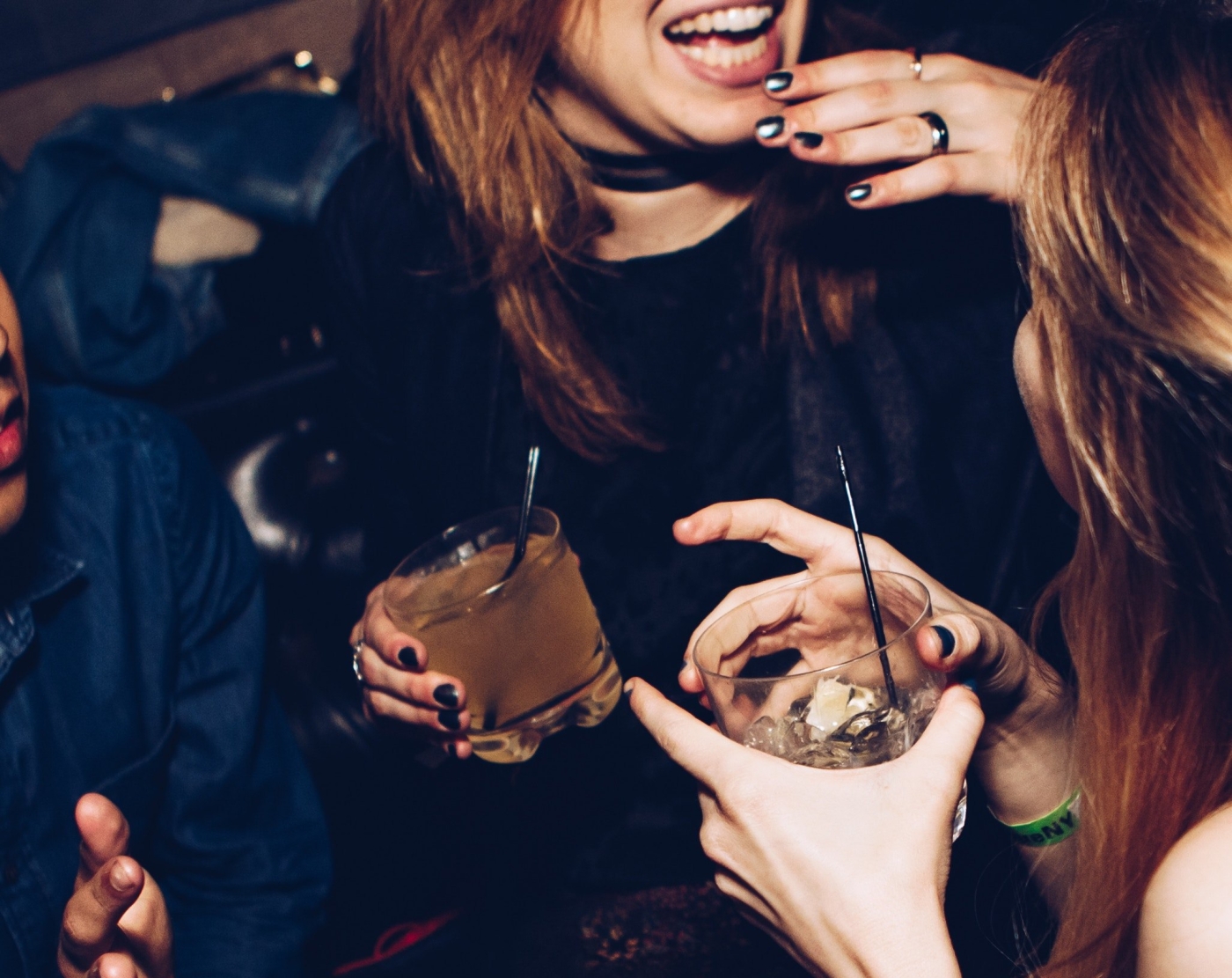 It’s fucking hard to be a good wife when you dread talking to your husband.

Adam’s jealousy and possessiveness became amplified by increasing paranoia and the stress of war, and more and more often, our conversations covered only one topic: His certainty that I would someday cheat on him.

“But I don’t want to fuck anyone! I’m tired of having to defend myself, Adam. Wait, what do you mean you could get—”

“You can make out with a girl,” Adam said, overstepping my concerns. “But it has to be a girl, and you have to tell me about it.”

“I…um…okay, but, what about getting hurt?”

“Nothing, Sweetie, I can’t talk about it…let’s not talk about that right now. I want these phone calls to be happy—they keep me going, they’re all I have!” 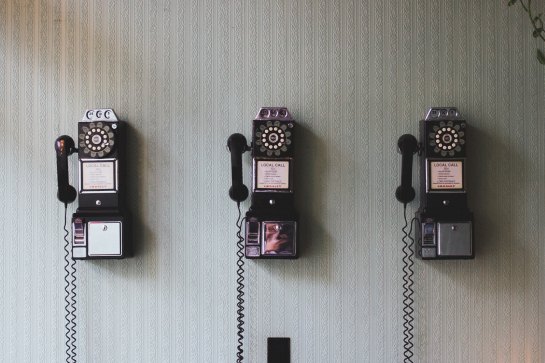 A few months later, I was finishing up a particularly grueling night closing down the coffee shop I worked at.

“Wanna grab some drinks after this?” Chris—a short, but good-looking blond with green eyes—was loading the last stainless steel pitchers and long-handled mixing spoons in the industrial dishwasher. He kicked his heel up behind him, like a girl after her first kiss. The metal washer door bounced up, snapping shut and breaking into a soft, automated hum as it entered its last round for the night.

Al thumbed the bills for that night’s tips into three neat piles. She raised a single, honey-colored eyebrow, but didn’t look up.

“Yeah, and where are we gonna go?” Sixteen bucks each—not bad. She slid the small green piles across the counter. “You know Tiffany isn’t 21 yet, right?” I stacked the last few paper cups in shame.

“We could go to my place,” Jen pitched the last scrubby white towel in the hamper. “Ella’s at her dad’s tonight.”

We finished wiping down the counters, locked up the store, and headed to Jen’s apartment, where we waited for Chris to arrive with a case of Coors Light he’d promised to buy. When he arrived, we played bastardized versions of Beer Pong and King’s Cup until—in typical white-girl-wasted style—those of us with breasts started flashing cars at 2 AM on a busy road while exchanging sloppy, drunken kisses. More than a few photos ended up on Chris’ phone.

Hours of drunken debauchery later, we eventually passed out wherever the fatigue of an 8-hour bender landed us. Gray morning light had begun filtering in through the Venetian blinds, and I woke to the buzzing of my phone. I realized with an ache deeper than a hangover that I had just missed call number three from Adam.

I grabbed my belongings and ran out of the apartment, missing another call as I climbed into the car and started the drive home. On call number five, I answered.

“Sweetie?” His concerned whine seeped out of the phone. “Where were you? I was worried about you. You didn’t respond to my messages online.”

The three Coor’s Lights from the night before began jostling around the microwavable mini sausages I had downed like bar peanuts. My stomach lurched, and I rolled down the window.

“I—I’m sorry, hon. I went out with my friends last night and I fell asleep on the couch.”

“Oh…well…you should let me know next time you’re going to do something like that. I was afraid something had happened to you.”

“I know…” I breathed in the cold morning air, allowing it to soothe my knotted, roiling stomach. I prayed I could make it home before having to make the ritual sacrifice to the toilet god. “It was just sort of a spur of the moment thing, otherwise I would have emailed you or called.”

“…You could have gone home before and messaged me before going out…just so I’d know you’d be alright…” I could hear his frown, and pulled into our complex’s lot just as another wave of nausea hit. I clenched my teeth.

“I know, honey…I should have…I’ll try to do it next time. Can you call me back later? I’m…a little hungover.”

Adam chuckled. “I thought you might be. Alright, go get some rest, Sweetie. I’ll call you in a couple hours.”

Halfway up the stairs to our third floor apartment, I decided I wasn’t going to make it in time after all. I knelt on the concrete steps, violently expelling everything I’d consumed in the last 12 hours. My stomach empty and beginning to relax, I rested my forehead on a clear section of the concrete. I tried not to watch the acid yellow, chunk-laden soup drip through the open risers, and spat out the last few chunks of Lil’ Smokies stuck to the inside of my cheeks. 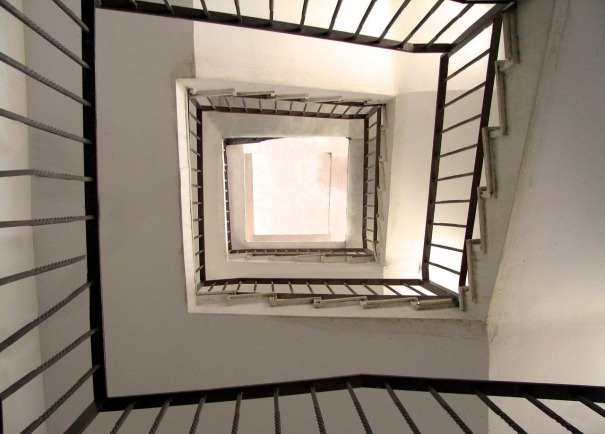 Adam had almost found out about my fuck-up. He may have said I could make out with a girl, but I doubt he actually meant it—and I know he would not appreciate there having been another guy there—even though I didn’t so much as touch him.

Maybe I was making too much of this. We all make mistakes when we’re drunk—or at least, that’s what people always say. Adam may have grown up sheltered, but he’s in the military, and he was older—he’d probably understand what had happened,  he might even enjoy hearing about it…three girls, every guy’s fantasy, right?

A few days later, I decided to come clean and tell Adam what happened. The confession triggered one of the worst fights in our marriage, causing irreparable damage to our relationship.

“I can’t believe you would fucking do this to me, Tiffany! What the fuck were you thinking?” My cell, our landline, and my laptop were all flooded with missed messages, even as I was trying to answer them all.

“I thought you would think it was sexy!”

“Sexy that my wife would try to fuck another woman?!”

“No. From now on—” The phone disconnected. The instant messages began.

“From now on,your going to do WHAT I tell you,WHEN i tell you. Your going to do whatever i want sexualy, you have NO CHOICE in the matter. You betrayed my TRUST.”

“I am NOT your personal whore—”

“Yes you are. NOw you are. You are my wife, and you will do whatever i say. YOu had your chance.”

The fight lasted for days. Sometimes I would turn off my phone, unplug the house phone, and turn off the computer just to get away from it all. One time, he called my work. After that, I left my phone on, if only to tell him to fuck off. 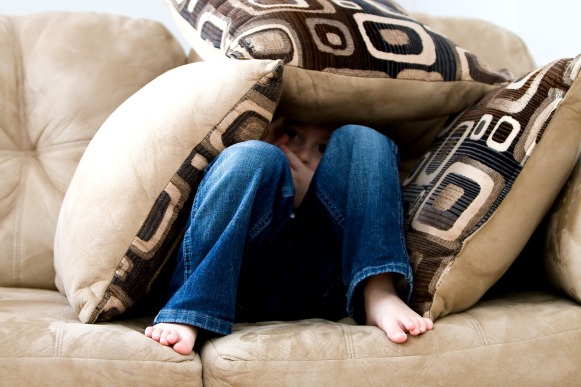 Occasionally, Adam would deploy on missions that lasted several days. One of these appeared like a godsend in the middle of the fight, and—for a few, precious moments—I was granted that radio silence that I had been waiting for.

It was during this reprieve that I turned to the only person I felt comfortable enough talking to. The only person who was in a long distance, long term relationship while in the military, and who knew Adam and myself well enough to be an impartial judge.

“I don’t get why he’s so upset. I mean, I get it, but…this is ridiculous. It’s verbal abuse, Anthony.”

“You’ve got to understand what he’s going through.” Anthony’s matter-of-fact-but-nonjudgmental tone was both infuriating and reassuring. “He’s living every day right now not even knowing if he’s gonna come home. You don’t know what it’s like over there…He doesn’t tell you about the times when he’s getting mortared in his own barracks—” I leapt into a panicked babbling that steadily increased in octaves. “Chill out. He didn’t want you to worry. Those times when you’re talking—when he has to get offline or off the phone—the trailer a few doors down from his got hit the other day.”

“Why doesn’t he go to the Chow hall?”

“Because Chow had been hit, too.”

I digested the new information in stunned silence.

“…Well…what he said to me wasn’t right…”

“No…it was pretty fucked up, to be honest. But I’m sayin’ he’s doing the best he can right now, ya know? He loves you a lot, and he’s afraid of losing you. I would be, too.” I could feel the wheels turning in his head—pictured him sitting on his bed in his barracks, pictures of Katie taped to his walls. The blinds half-closed, the dead, dry beauty of the Mojave desert peeking through the slats as Liam Lynch and Alkaline Trio played on his laptop. “I feel that way sometimes about Katie.”

I laid in bed that night, listening to the soft Oregon rain ticking against my window and staring at the ceiling. The conversation with Anthony kept running through my mind, periodically interrupted with the terrifying, graphic images of Adam being mortared.

Then, there’d be Anthony, sitting on his bed, the baking Mojave desert outside.  The midnight sky filling his window, infinite stars crowding out the dark.

More Love of My Life: